In the spinning mill, the draw frame has an important task: Preventing errors in the sliver which inevitably lead to yarn defects. Yarn quality is determined by the sliver quality that the draw frame delivers. For this reason, Truetzschler has further optimized levelling in the new draw frame model TD 10 and thus once again set a benchmark in draw frame technology.

Success of new draw frame generation
In 2015, Truetzschler introduced a new generation of drawing machines with the launch of TD 8. Since then it has been widely recognized and received a lot of appreciation from customers. Customers see great benefits in:
– Simple setting and easy operation
– Low failure rate and simple maintenance
– Even in high-speed production, good evenness can be achieved

Next generation: The TD10
Based on TD 8, Truetzschler launched the next generation model TD 10. The new draw frame does not only set a benchmark for compactness, it also offers more comfort for the operator and spinning mill manager. 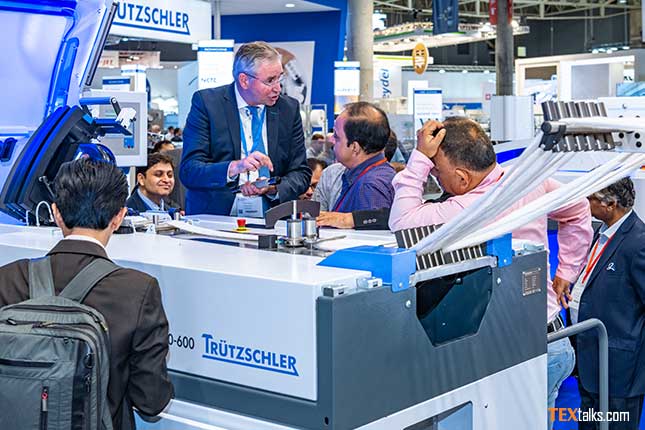 TD 10 main advantages:
– The structure is more compact and occupies less space. Its length is shortened by 14.2%.
– The suction system is extremely energy-saving. Its suction negative pressure is – 450Pa, that is, the suction capacity of 800 m3/h. It saves 53% of the air suction capacity compared with the same equipment.
– The new individual sliver sensors in SMART CREEL, which is equipped with a single servo drive, reliably detect sliver breaks. The optical sensor can make a distinction between motionless sliver, no sliver and running sliver. Thus, a 100% accuracy of broken slicer detection can be ensured.
– Thanks to the newly modified drive concept, the TD 10 has the smallest number of belts in the market. Maintenance free, only the bottom roll bearings in the drafting system require relubrication. 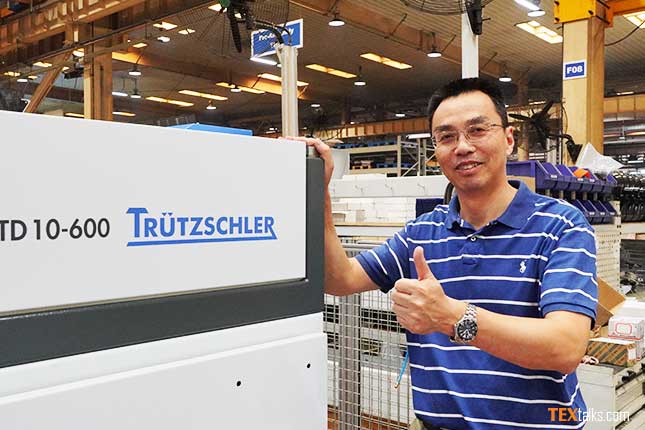 Truetzschler’s solution
For a high parallelization in airjet spinning, three draw frame passages have been the only way to achieve good quality until now.

Today, the combination of the card with the Integrated Draw Frame IDF 2 allows a significant process reduction. This process shortening by two complete process steps opens up an enormous savings potential.

Mrs. Zhenzhen, Marketing Manager at Truetzschler in China says: “We are very proud that we could present a complete new step in airjet spinning preparation with the process shorting of the IDF VORTEX SPINNING process. It’s an answer to the increasingly tense market situation due to permanent cost pressure and with regards to the availability of well-trained employees at the mills. The introduction of the IDF VORTEX SPINNING process was only possible because of state-of-the-art technologies of Truetzschler draw frames.” 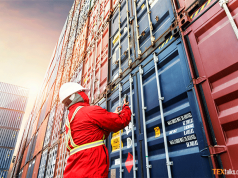