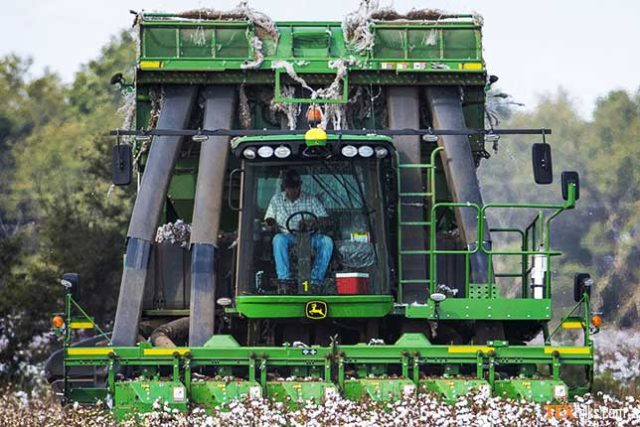 “This year’s cotton crop might not break any records, but is expected to be one of the better crops in some time”, farmers and area extension agents say.

Farmers have begun picking cotton and will probably be picking for the next three to four weeks – said Billy Sickler  (Manager of the Associated Growers Co-op gin in Limestone County).

“We started ginning about two weeks ago,” Sickler said. “We’ve ginned about 5,500 bales so far.”

Sickler said – “Farmers are reporting yields of two-plus bales per acre”.”It’s going to be a record crop at our gin,” he said.

Colbert County Extension Coordinator Danny McWilliams said this year’s crop is shaping up to be a good one, but there are still many fields around the Shoals to be picked.

“It’s not the best crop we’ve ever had, but it will be one to remember – McWilliams said.

He said yields are expected to be about two to three bales per acre.

“I think there are going to be some fields in excess of four (bales per acre),” McWilliams said. “We’ve got some really good cotton, but it’s not ‘across the board.'”

He said cotton in areas that received more rain, like the “bend of the river” area of Lauderdale County, will have better yields. Areas across the Tennessee River in Colbert County should expect similar results.

“They had a lot of rain there this summer,” McWilliams said. “They’re probably going to be the best area in northwest Alabama this year.”

McWilliams said he spoke to Colbert County farmers Neal and Shane Isbell and they reported being satisfied with their early results.

“We feel like we’ve got a pretty good crop,” Neal Isbell said. “We just gotta get it out of our field. Whether it’s a record crop, we’ll wait and see.”

Like many growers in the Shoals, Isbell is dealing with wet fields. The rain was needed, but it’s keeping farmers from harvesting their crop and getting it to the gins. Sicker said his gin has not received any cotton since it rained.

Lauderdale County farmer Buster Thornton – said he has cotton planted in Lauderdale, Colbert and Lawrence counties. “It’s pretty good, – He said of the 2019 crop. “We’re getting probably two bales per acre. It’s a lot better than it used to be, if we can get it out.” The two bales are from Thornton’s Lawrence County fields. He hasn’t been able to pick the Colbert and Lauderdale fields. Limestone County Extension Coordinator Chris Becker said the yields are good, despite the late summer drought. Because of the wet weather, some crops are further along than others. McWilliams said dryland cotton, fields that are not irrigated, will mature sooner than irrigated fields. “Irrigated cotton will be about a week to 10 days behind,” he said.

Farmers should be thankful they will have a bumper crop this year since prices are low. Thornton said prices are “awful.”

“Prices have always been an issue,” McWilliams said. “Prices are way too low. You have to make a really good crop to make any money now.” 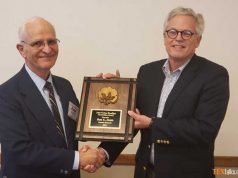 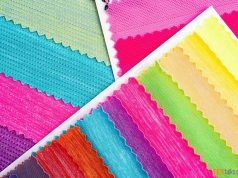