WASHINGTON: The US National Council of Textile Organizations (NCTO), representing the full spectrum of US textiles from fiber to finished sewn products, applauded the US House of Representatives as it passed the US-Mexico-Canada Agreement (USMCA) with overwhelming bipartisan support on 19th December 2019.

NCTO President and CEO Kim Glas urged the Senate to pass it swiftly too and said, “Mexico and Canada are the two largest export markets for the US textile industry, totaling nearly $12 billion last year, and several provisions in USMCA will help producers expand and build new business in the critical Western Hemisphere supply chain.”

NCTO worked with the administration during negotiations on USMCA and successfully lobbied for several provisions and improvements that were subsequently incorporated in the trade deal that will close loopholes and strengthen US customs enforcement.

“We expect US textile companies to export more to the region and invest more in the US when USMCA is implemented,” Glas said. “Textile executives from North Carolina to New York have said they will seek to take advantage of the modifications in the trade deal and build new business in areas such as pocketing and sewing thread, as a result of stronger rules of origin and customs enforcement.”

Creation of a separate chapter for textiles and apparel rules of origin with strong customs enforcement language.

Stronger rules of origin for sewing thread, pocketing, narrow elastics and certain coated fabrics. Under the NAFTA, these items can be sourced from outside the region – USMCA fixes this loophole and ensures these secondary components are originating to the region.

Fixes the Kissell Amendment Buy American loophole, ensuring that a significant amount the Department of Homeland Security spends annually on clothing and textiles for the Transportation Security Administration is spent on domestically produced products.

This release follows NCTO’s previous endorsement of the deal reached between House Democrats and the administration earlier in December. 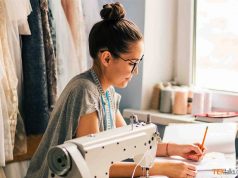 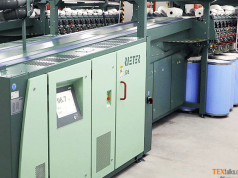