SHIMA SEIKI MFG., LTD, Leading flat knitting machine manufacturer, of Wakayama, Japan changed its leadership at its annual shareholders’ meeting on 28th June, 2017, replacing its former president and company founder Masahiro Shima with his son, former vice-president Mitsuhiro Shima. Mitsuhiro succeeds Masahiro as president, representative director and director of sales headquarters, while Masahiro becomes chairman of the board of directors. The change in manage- ment is a strategic move by the company to further strengthen and improve its management system.

Mitsuhiro Shima joined the company in 1987. He became a director in 2002, and executive director in 2007. He has been in charge of system development, machinery production, material purchasing and corporate planning before becoming vice president in 2012.

The transition took place during financially favorable times, just as SHIMA SEIKI announced one of its best fiscal years in its 55-year history, with record-setting figures posted in its fiscal report as of 31st March, 2017.

This includes a 25.9% increase in net sales, a 94.8 %per cent increase in operating income, and a 121.6% increase in net profit over the previous fiscal year. This despite exchange losses incurred due to a rise in the value of the Yen during the course of the year. 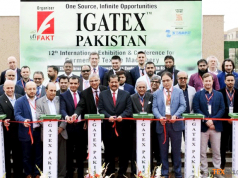 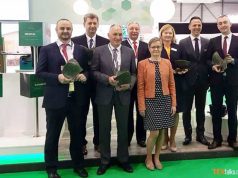 Edana Announce the nominees for the index™20 awards