While speaking on the meeting at the Faisalabad Chamber of Commerce and industry, Mr Alam said that the government has given the approval for further processing of project, which would help small and medium enterprises to achieve a quantum jump in the textile exports. He visited the FCCI to consult stakeholder in order to make the research process better and more productive, specifically in the textile sector. He also pointed out a site for project.

While speaking about the performance of the PCSIR, Mr Alam said that the objective of the project is to provide testing facilities apart from product development and support for the exports of the textile sector. It will be a handsome substitute for the textile import goods. He also highlighted the importance of SMA in the overall development of the country by saying that PCSIR was specially focusing on facilitating the small unit.

“We are also undertaking research and development (R&D) work for the local industry and at present our scientists are busy in 60 different jobs on the request of varying industrial concerns,” said Alam, boasting PCSIR laboratories were internationally accredited and their certification was accepted all over the world.

Regarding PCSIR’s certification incentive program, Alam revealed that Rs745 million had been earmarked for its implementation. “We are doling out Rs400,000 to Rs500,000 for the certification of SMEs,” he said, adding 100 units had availed themselves of the facility.

Responding to a question, Alam announced that PCSIR would set up a special desk in the FCCI, which would link industrialists with R&D labs of PCSIR for the resolution of their immediate problems without any cost. 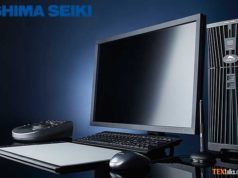 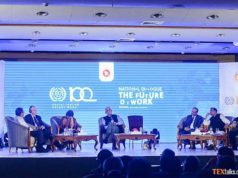 Observance of ILO 90 in Bangladesh