Oerlikon Group second quarter review
In the second quarter of 2019, the global economy further slowed down, exacerbated by drawn-out trade disputes. Significantly weaker-than-expected industrial production translated to lower volumes, and consequently reining in of investments for equipment and declining demand for services. These developments were registered across multiple markets, including automotive, tooling and general industries, and partly in aerospace.

Facing adverse market trends, the Group’s order intake slightly decreased year-on-year by 0.7% to CHF 672 million. However, the Group succeeded in increasing sales by 5.3% to CHF 700 million, underlining Oerlikon’s structural growth and resilient business model built on technology leadership in long-term attractive markets. At constant exchange rates, sales stood at CHF 720 million. EBITDA for the second quarter increased to CHF 121 million, corresponding to a margin of 17.3%. EBIT for Q2 2019 was at CHF 70 million, or 10.1% of sales. The second-quarter performance resulted in a rolling 12‑month Oerlikon Group return on capital employed (ROCE) of 9.5%.

Oerlikon Group half-year overview
In the first half of 2019, the Group’s order intake declined year-on-year by 5.7% to CHF 1 352 million, primarily due to the record level of orders in the manmade fibers business in the first half of 2018. Sales came in 4.3% higher than the prior year, reaching CHF 1 324 million. With the increase in sales, the EBITDA for the half year amounted to CHF 214 million, corresponding to a margin of 16.2%. EBIT stood at CHF 115 million, or 8.7% of sales. The results from continuing operations for the half year came in at CHF 80 million – a 12% decrease year-over-year, primarily due to an increase in the cost of sales. The net result for the first half of the year was CHF -99 million, including the one-time non-cash reclassification of translation differences in the amount of CHF -284 Mio. and other items from other comprehensive income from the divestment of the Drive Systems Segment. In the first six months of 2019, Oerlikon’s service business contributed to 38.3% of total Group sales (2018: 39.0%).

2019 outlook adjusted
Global economic slowdown is expected to prevail in the second half of 2019, with looming threats from geopolitical instabilities and concerns that trade disputes could intensify. Oerlikon’s key regional and end markets are exposed to these risks to a certain extent. Industrial activity and weakness in markets such as automotive, tooling and general industries are expected to further deteriorate, with no respite currently in sight. As a result, Oerlikon is adjusting its guidance. Despite the aforementioned environment, Group orders, sales and the EBITDA margin are projected to be sustained at around the same level as in 2018. Specifically, order intake is anticipated to reach up to CHF 2.7 billion, sales are to exceed CHF 2.6 billion and the EBITDA margin is to be around 15.5%. 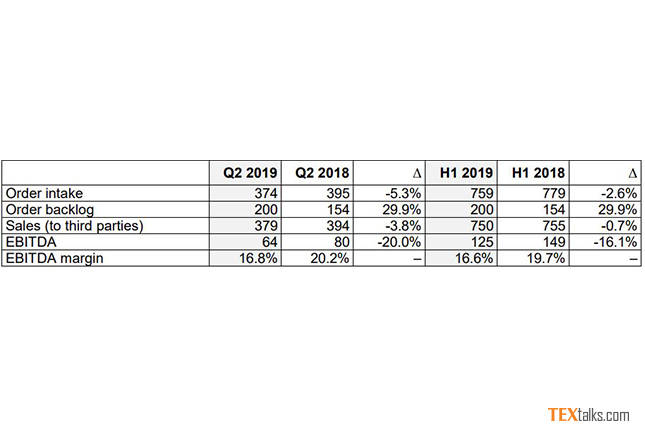 The adverse trends in end markets have impacted top-line development in the Surface Solutions Segment. Order intake went down by 5.3% and sales by 3.8%. A decrease in sales was registered across almost all end markets. Tooling saw weak demand in China and the USA, while general industries, encompassing sectors like semiconductor and electronics, recorded lower sales in Europe and the USA. Although sales in the aerospace sector waned in the USA, a healthy demand was noted in Europe and Asia. While the aerospace sector faces industry-specific challenges, the market remains one with opportunities. In the oil & gas sector, a slight pickup in demand was observed.

The automotive sector, most notably in China, remained downbeat. Structural growth initiatives at Oerlikon have been compensating for the market downturn. However, the dip in global car production and volumes has started to impact the segment – a case in point is the 5.7% decrease in Oerlikon’s second-quarter automotive sales compared to the 6.1% decline in global car production. To mitigate the impact of further market deterioration, Oerlikon has actively taken stringent cost-saving measures. Moreover, Oerlikon’s resilient business model, innovative spirit and technology leadership in long-term attractive markets place it in a strong position to take advantage of opportunities when markets recover.

The aforementioned additive manufacturing impacts, the weakening of margin quality from the higher proportion of lower-margin businesses and the higher operating expenses incurred for investments in future growth, such as competence centers and digitalization initiatives, have diluted the EBITDA margin, which came in lower year-over-year at 16.8%. EBIT for Q2 2019 stood at CHF 21 million (Q2 2018: CHF 45 million) and the EBIT margin was 5.6% (Q2 2018: 11.4%).

In the second quarter, Oerlikon Balzers strengthened its footprint with a new customer center in St. Louis, USA, to provide services for cutting and forming tools to customers in the aerospace, automotive and general industries. It also opened two customer centers in Sweden to shorten delivery times and reduce carbon footprints. In the USA, Oerlikon inaugurated its state-of-the-art R&D and production facility in Huntersville for its additive manufacturing business.

Oerlikon is partnering with Safran, the French National Centre for Scientific Research (CNRS) and the University of Limoges, to create a joint research laboratory, PROTHEIS, and a technology platform, SAFIR, in Limoges. The focus is to develop enhanced surface treatment solutions for aerospace applications – particularly, to make lighter and longer-lasting REACH-compliant products that are capable of reducing noise and nitrogen oxide emissions. Oerlikon is also collaborating with MT Aerospace to bring efficient and cost-saving end-to-end additive manufacturing solutions for customers in the aerospace and defense industries.

The Manmade Fibers Segment succeeded in sustaining its high level of performance – increasing order intake by 5.7% and sales by 18.5% in the second quarter. Sales in the second quarter represented the highest level of sales achieved by the segment since 2013. Sales growth was recorded primarily in textile applications such as filament equipment and texturing, and was substantiated by a healthy demand for systems used in industrial yarn spinning (special filament) and nonwovens (plant engineering). A decrease in demand for carpet yarn technologies was noted, which was a development to be expected following a very strong demand for these technologies in 2018.

Sales increased significantly in Europe (>140%), albeit from a low base, while China saw a healthy 26% growth. A decline in sales was registered in North America (-15%) and in India (-85%) compared to the second quarter of 2018.

The segment significantly improved operating profitability with an EBITDA margin of 17.8% for Q2 2019. This is attributed to disciplined cost management, a larger number of higher-margin projects in the mix and one-time customer effects. As a number of lower-margin projects from the down cycle and recovery periods are expected to be delivered and recognized in the second half of the year, the high EBITDA margin from the second quarter is not expected to be sustained in the upcoming quarters. EBIT for Q2 2019 stood at CHF 51 million (Q2 2018: CHF 26 million) and the EBIT margin was 15.7% (Q2 2018: 9.5%). 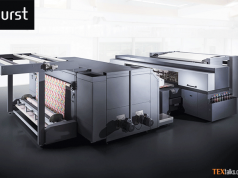 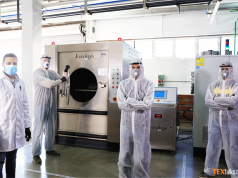 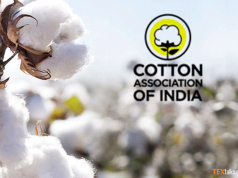