The mycon GmbH has been showcasing its latest offering internationally and most recently, it displayed its newly developed system for monitoring heat transfer systems at the Berliner Energietage where the focus was on energy system transformation, climate protection and energy efficiency.

Since its introduction in 2000, the Berliner Energietage has had a steadily increasing number of visitors. In 2018 more than 9,000 interested people visited the Energy Days to find out more about the energy revolution in Germany. The newly developed system of mycon GmbH for monitoring heat transfer systems within the scope of the BAFA funding project “Einsparzähler (Smart meter)”, mycon GmbH can make a considerable contribution to energy efficiency.

The ControlMaster system calculates the optimum cleaning time for heat transfer systems on the basis of an algorithm. Ideally, cleaning should then be carried out fully automatically by the JetMaster AS system. Thanks to the optimal cleaning dates calculated by ControlMaster and the subsequent cleaning by JetMaster AS, the heat transfer systems (ACC) remain at the highest efficiency level throughout the entire operating time. This increases the energy production of power plants and waste incineration plants, and additionally saves energy, e.g. for the operation of rotors. Experience has shown that the ROI for the required investment is between 6-18 months.

mycon GmbH was represented at the MCE Asia 2019 as part of the promotion of small groups of the foreign trade portal of the state of NRW (NRW International) together with its sister companies Jens W. Kipp Tiefbau GmbH and Kipp Umwelttechnik GmbH. In 2017, the fair was visited by 10775 trade visitors. The Mostra Convegno Expocomfort focuses on heating, cooling, water and energy technology.

mycon GmbH was also represented as an exhibitor at the 51st Power Plant Technology Colloquium 2019 in Dresden. The focus was on the ControlMaster system.

mycon GmbH was represented at Pollutec Maroc from 30 October to 02 November as part of the German Pavilion trade fair program of the Federal Republic of Germany. 200 exhibitors from all over the world meet interested visitors here again and again. For mycon GmbH, Pollutec Maroc acted as a first step towards entering the African market. At the fair interesting contacts were made and very soon first appointments were made with potential customers. 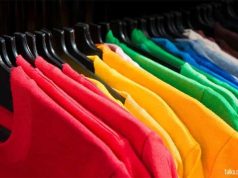 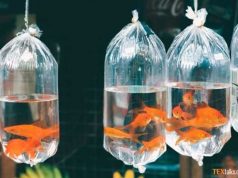