The draft of Pakistan Textile Policy for 2020-25 with four tier strategy and 21 recommendations is all set to be pitched any time before the ECC (Economic Coordination Committee) for approval. It will try to increase the country’s textile exports target by 2025 to $25.3 billion and $50 billion by 2030. It was $13.33 billion in 2018.

The Pakistan Textile Policy draft, available with The News, also narrates a clear roadmap to achieve the textile export targets along with vision to fully utilize the potential of home-grown cotton augmented by Manmade Fibre/Filament to boost value added exports and become a major player in the global textiles supply chain.

The draft of Textile Policy also spells out its the objectives which include
1) Restoring profitability of cotton farmers by increasing cotton yield, improving quality of cotton and decreasing cost of production for the farmers.
2) Strengthening manmade fiber/filament sector to make this chain internationally competitive and export oriented.
3) Regionally competitive energy pricing fixed for five years.
4) Prompt Sales Tax Refund System.
5) Abolition of Zero- Rating has created serious liquidity crisis for exporting sectors as the current refund system is soaking up market liquidity and is not working.
6) Long Term Financing Facility for the entire textile value chain.
7) Revival of impaired textile capacity and introduction of bankruptcy law.
8) Establishment of Textile clusters and Export Processing Zones with plug and play facilities.

It says that the global textile trade that stands at $837 billion had an average growth rate of 0.1% over the last decade. When it comes to the global market for textile sector exports, it is dominated by China, which accounts for over 32pc of textile sector exports, valued at $266 billion. Presently, Pakistan’s share is 1.6pc in the world textile trade, which will be increased to 3 percent by 2025. The world textile export that stands at $837 billion will reach $843.35.

The textile export growth comparison of Pakistan and regional peer countries shows that our regional competitors have surpassed Pakistan manifold. Pakistan was once a leading player in textile trade but over the last decade, our textile sector growth has remained dismal owing to several policy limitations and lack of enabling environment necessary for industries to flourish.

Two decades back, Pakistan’s textile exports were ahead of its regional peers like Bangladesh, Vietnam and Cambodia. Now Vietnam is $36.68 billion and Bangladesh is at $40.96 billion.

The textile policy draft argues saying that the essence is that if these countries were able to achieve record growths in this short time period, the goal of reaching $50 billion of textile exports in next 10 years for Pakistan is attainable, subject to strict implementation of Long-term Textile Policy.

Mentioning about the roadmap to export growth, it mentions that the ultimate goal of export-led growth is poverty reduction and enhanced welfare of Pakistan’s citizens. A growth rate target has been set starting from 10pc in the first year of FY20 and gradually adding up to 13pc in fifth year would achieve almost $25 billion exports in the first phase of five years and for the second phase of six years 2025-30, growth rate of 15pc to 16pc on compounding basis be taken to achieve the target of $50 billion exports.

To achieve the targeted exports, business friendly policies should be ensured for the industry to grow and further achieve the increased targets.

On the front of better cotton availability, it also urges the government to ensure acquisition of high-yielding seed technology from international sources with restructuring of R&D on modern lines. It also recommends the removal of non-tariff barrier and duties stressing facilitation of land routes. And to avoid the contaminated cotton, it also suggests to the government to place ban on use of Polyethylene film cotton picking bags. 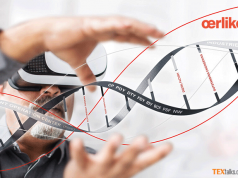 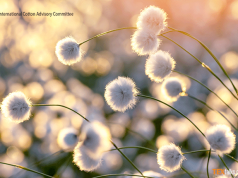 July 2020 Cotton highlights in focus as Brazil dominates the China’s...