Persistent to the performance of last month, the external trades of Pakistan showed an improvement in November as well, with an estimate of about 1.76 billion USD. The textile and clothing sector that constitutes about 60% of the net exports of the country also rose for about 9.7% YoY to 1.05 billion USD, in the month of November.

The noted growth was a broad-based recovery in both low value (+15.6%YoY) and value-added segments (+7.6%YoY). Nevertheless, on a cumulative basis, 5MFY17 textile exports were still lower at US$5.13 billion.
The experts are also expecting that the textile export will remain under pressure because of the: 1) demand side bottle neck with a Chinese demand outlook and that of the slow paced economics in the EU subsequent Brexit, 2) lower currency competitiveness within sharp reduction in regional monies and 3) low commodity charges.

It is also said that the sector anxiously awaits, to be announced incentive package estimated of about Rs75 billion by the Government of Pakistan (GoP). Moreover, encouraging cotton arrivals to date for MY17 (up 12.33%YoY to 10.14 million bales) is expected to reduce the cotton shortfall next year.

The low valued added segment depicted a commendable recovery after a consistent decline this year, where the exports of cotton yarn increased by 42.1%YoY/10.3%MoM. Though, the textile exports after recovery still remained unimpressive with 5MFY17 exports recording a decline of 2.0%YoY.According to the fortnightly cotton arrivals report of PCGA, a total of 10.14 million bales arrived in the country by mid-December this year as against 9.03 million bales last year, up 12.33%YoY.

At the same time, the GOP had fixed the target of cotton at about MY17 around 14 million bales, which was later, decreased to 11 million bales. In an attempt to ensure ample availability of cotton in the country, the GOP has also lifted the ban on cotton from India.

In addition to the sustainable increase, the textile export and clothing seems unlikely within the concerns on low currency affordability followed by a sharp decline in the regional currency. 2: the risk of a decrease in the exports of EU post-Brexit and 3: the slow Chinese demands.

Additional to this situation are the issues related to gas and electricity, besides the rising tariffs. It seems like the Ministry of Textiles, Ministry of Commerce and Trade Development Authority of Pakistan (TAP) have gone under a complete hibernation. 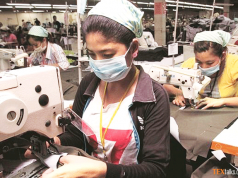 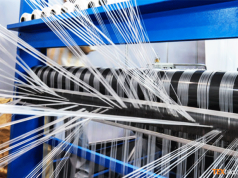 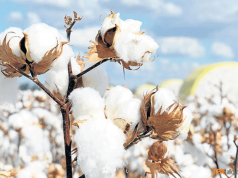